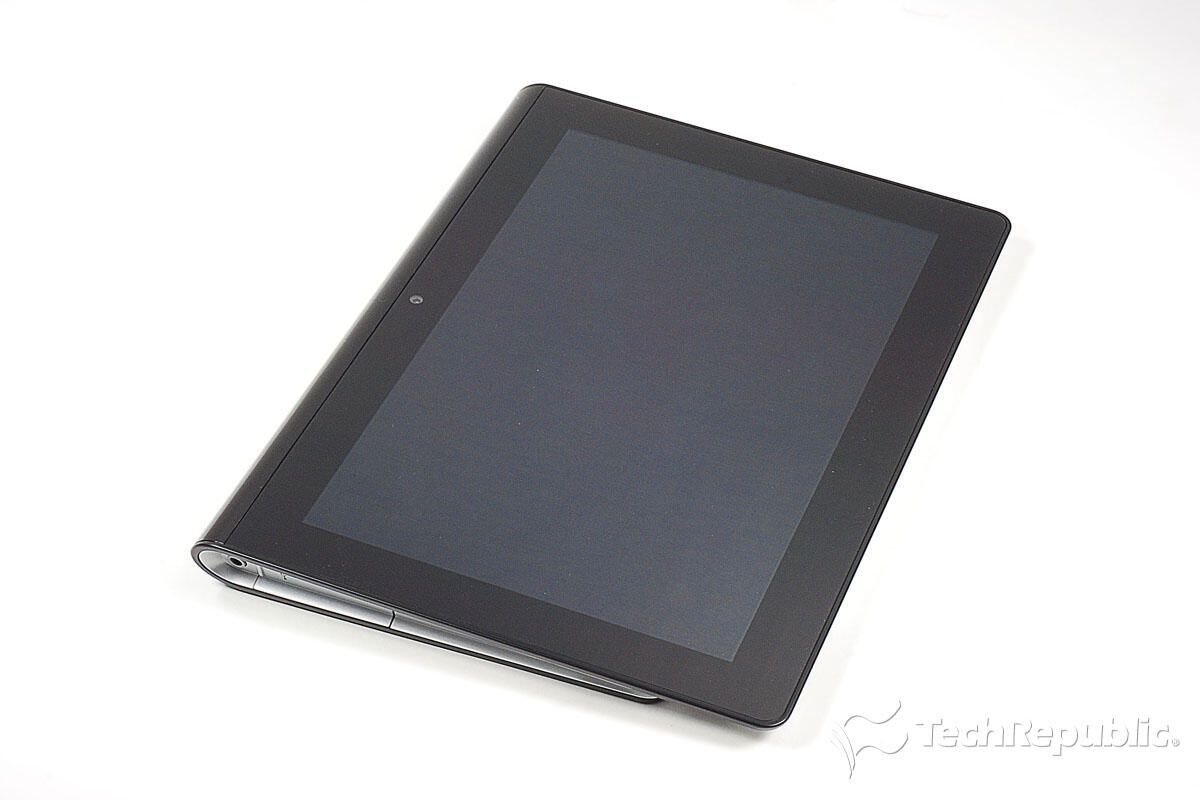 When it comes to Sony tablets, there are several options to choose from. Whether you want a tablet that offers excellent performance and a wide array of features, there are a number of options available. If you’re looking for a tablet with a keyboard, Sony has several options available. One of these options is the Slim Cover with Keyboard. However, this accessory is 400g heavy and takes up some of the tablet’s power. Another option is the SGP-DS2 Cradle, which can dock and charge the tablet.

The Sony Xperia Z4 tablet is an Android touchscreen tablet. It is a 10.1-inch model, with a resolution of 2560 x 1600. It is also dust and water-proof (IP65 and IP68). The tablet is a great choice for those who want the functionality of a laptop, but don’t want to give up the portability and convenience of a tablet.

The Sony Xperia Z4 tablet is equipped with high-end hardware, including a Qualcomm Snapdragon 810 MSM8994 SoC. This chip integrates four fast Cortex A57 cores and four frugal A53 cores, and runs at speeds of up to 1.5 GHz. The processor also supports all four cores at the same time, which means the tablet can handle a lot of tasks at once.

The Sony Xperia Z4 tablet has a 10.1-inch QuadHD display, 3GB of RAM, and 32GB of internal storage. It also has a camera on the back with an 8.1-megapixel resolution. The device also runs Android 5.0 Lollipop, with Sony’s custom UI. It comes in White and Black colors, and weighs around 392 grams.

Sony’s Z4 tablet is equipped with Android’s three-button navigation system. Its home button is located in the bottom bezel, while the back button is on the left. Another button is a show-all-open-applications button. The Xperia Z4 tablet also has a customizable overlay, allowing users to organise applications by most frequently used.

The Sony Xperia Tablet Z is a great option for those looking for a tablet that offers a great viewing experience. It features a high-gloss reflective screen that allows you to view the screen’s content from all angles. It also has a powerful processor – a quad-core 1.5GHz Qualcomm Snapdragon S4 Pro – that handles Android 4.1 Jelly Bean with relative ease. The tablet’s screen also allows you to view full-screen apps, which is convenient for those who prefer full-screen viewing.

The Sony Xperia Tablet Z comes with a sturdy body, with soft plastic back panels and a layer of carbon fiber to strengthen the tablet’s rigidity. It is surprisingly lightweight, but it feels sturdy and does not feel cheap. It also looks clean and understated.

The Sony Xperia Tablet Z runs Android 4.1 Jelly Bean and comes with its own tablet software, so you’ll have no trouble getting used to using it. It includes fonts, wallpapers, and other cues that you’ll recognize from Sony’s smartphone software.

The tablet is also water-resistant, which makes it a great choice for those who are always on the go. It measures 172mm x 266mm and weighs 496g.

The Xperia Tablet S is one of the most comfortable tablets available today. Its remote feature is very handy, and it has full expandable storage. However, some users have noted that the screen can flicker intermittently. While these issues are minor, they are worth noting if you plan to use the Xperia Tablet S for business purposes.

The Xperia Tablet S runs Android 4.0 out of the box, but Sony has added its own layer of customization. Its user interface is similar to Samsung’s TouchWiz interface, but it is less oppressive. Users can also access mini-apps and widgets easily by tapping on the screen.

The Xperia Tablet S has a full-HD display and a fast quad-core processor. It also has a full-sized SD card slot, and the display has a fingerprint and glare-reducing coating to prevent it from being smudged. It also has an optional HDMI adapter cable. And, it has Wi-Fi(r) connectivity.

The Xperia Z4 Tablet is one of the most powerful tablets currently available on the market. It posts high scores on benchmarks such as AnTuTu. Only the Nexus 9 and the Nvidia Shield have higher scores in this test. The Xperia Z4 Tablet also has an impressive battery life. However, its main drawback remains its proprietary UI. While it may seem like a minor complaint, the restrictions of Sony’s interface can make it frustrating for many. Also, the tablet doesn’t have microSD storage, which is a major letdown.

The slim design of the Sony Xperia Z4 Tablet is another highlight of this tablet. It is just 6.1mm thick and weighs 389 grams. Its thin body makes it one of the lightest 10-inch tablets available today. This tablet also sports excellent audio quality. While it’s no iPad Pro, it’s a great Android alternative.

The Xperia Z4 features a 20.7-megapixel rear camera and a 5.1-megapixel front webcam. Both cameras can record video in 4K resolution (2160p). One downside to the Xperia Z4 is its lack of optical image stabilization. However, this is something Samsung has been working on lately.

The sound quality of the Sony Xperia Z4 is quite good. The speakers provide decent bass. They aren’t hi-fi quality, but they’re still usable. However, some users may find the speakers a little thin.

Sony launched its first modern tablet computer with the Tablet S. It features a striking asymmetric design and runs Google’s Android Ice Cream Sandwich 4.0 operating system. The Tablet S features a 9.4-inch display. It is available for purchase online for about $300. The price of Sony tablets varies, depending on the size and configuration of the tablet.

The Xperia Z4 tablet runs on Android and retails for PS499 in the UK, and costs $759 or $849 with keyboard. It is the thinnest tablet available, and weighs just 132 grams. Its smooth plastic back is textured and slightly curved. Sony has also announced a $200,000 competition for app developers to create new apps for the tablet.

The Xperia Z4 Tablet has a 6000-mAh battery, which means it can last for 17 to 19 hours. It runs on Android Lollipop. However, it comes with Sony’s proprietary user interface, which restricts the number of things you can do with the tablet. Prices vary depending on storage capacity and RAM.

The RAM size of a tablet is one of the most important factors to consider when choosing a tablet. Many Sony tablets come with large amounts of RAM, ranging from 1GB to 2GB. The battery life on Sony tablets is also one of the best in the industry.

If you are looking for a new tablet, Sony has some great deals available to you. You can get them from many retailers. However, there are some differences between Sony tablets and those of other brands. The Sony Xperia Tablet Z, for example, offers widescreen viewing and advanced screen technology. It will automatically download movie information and allow you to view movies in high definition resolution. You can also browse thousands of blockbusters on Video Unlimited and enjoy their soundtracks in 3D surround sound.

Sony’s tablets have a reputation for quality. The first model, the Tablet S, was released in September 2011. This device features an asymmetric design that tapers from the top to the bottom when in landscape mode. It also has a front and rear camera and Bluetooth. It is also PlayStation Certified and Digital Living Network Alliance compatible. When Sony first introduced the Tablet S, it received mixed reviews.

The Sony Tablet 2 is another high-end tablet. Its 10.1-inch HD Reality Display supports capacitive multi-touch capabilities. It has a resolution of 1920 x 1200 and supports Android 4.1 Jelly Bean. Its two-megapixel camera has good image quality for a tablet. The tablet has Wi-Fi, Bluetooth v3.0, and a 2G LTE network.

Among the major manufacturers, Sony was one of the last to enter the tablet market, but its quality is impressive. Sony’s Z3+ tablet was an upgraded version of the original Z3 and won the best European Multimedia Smartphone award in March 2015. The Z3+ is waterproof and dustproof, and it has a micro-USB port. In September 2014, Sony launched the slimmer Z3 Compact. It has a 32-gigabyte internal memory and 6,000mAh battery. This slim, lightweight tablet is praised for its long battery life and rugged beauty.