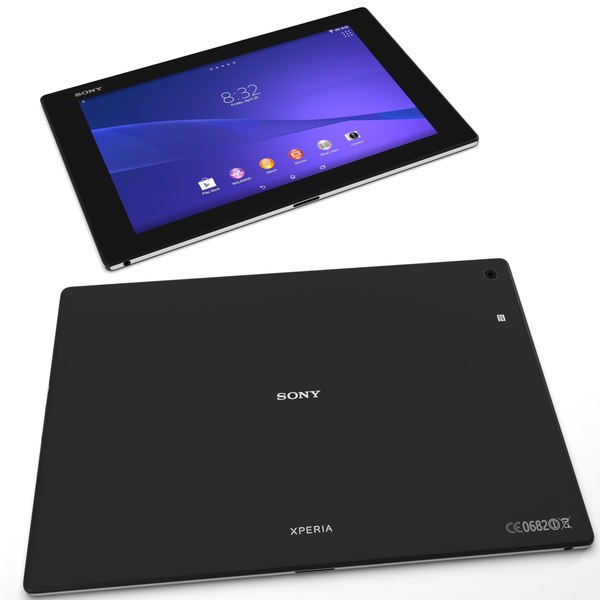 The Sony tablet is a series of tablet computers made by the Sony company. The original models ran Google’s Android 3.1 Honeycomb operating system. More recent models run Android 4.1.2. The tablet’s popularity has been fueled by its innovative design and superior software. It has many features that can be useful in a variety of settings.

The Sony Xperia Tablet S is a tablet computer that runs on Google’s Android operating system. The original version of the tablet was known as the Xperia Tablet and was powered by the Android 3.1 Honeycomb system, but the newer version runs on the Android 4.1.2 system.

The Xperia Tablet S has a custom user interface layer that sits atop Android 4.0.3. Sony avoids calling it a “skin”, but instead calls its user interface a “layer”. The custom interface includes toolbars that offer quick access to various apps. These include Google search, the Guest Mode icon, and shortcuts to the TV Remote.

The front of the tablet is a glossy black, while the back is made of a silver aluminum material. The bottom edge is textured and has a charging port. The Xperia Tablet S includes an IR blaster, allowing it to be used as a remote control for a Blu-ray player or cable box. In addition, the tablet features a covered charging dock.

The screen is 9.4 inches, which is smaller than most premium tablets. The tablet is slim and lightweight, weighing just over five hundred grams. A 6000-mAh battery is included. The Xperia Tablet S is also compatible with Bluetooth 2.1. The SGP-DS2 Cradle supports the Xperia Tablet S’ USB port and allows it to be docked in the docking station.

The Sony Xperia Tablet S comes with a 12-month warranty. If you have any issues with the device, Sony will extend it to you free of charge. If you need a longer warranty, you can upgrade the device by paying an additional fee. The device also includes a sleek touch screen, Nvidia GeForce ULP GPU, and usable speakers.

The design of the new Sony Xperia Tablet S is reminiscent of the old one, although it has been reworked to be more stylish and refined. The curved edges on the back of the device make it more comfortable to hold and makes it more secure. The tablet is also thinner and lighter than its predecessor, which helps you hold it comfortably.

The Sony Xperia Tablet S isn’t a bad deal at $400, but there are better tablets available that provide a similar experience. Although the iPad 2 is more expensive, it is far better than the Xperia Tablet S. Sony should make some changes to improve the device’s performance in order to make it more appealing to consumers.

The Sony Xperia Tablet P is a tablet computer that was released by Sony. It is a part of the Sony Tablet series. It was designed with a dual-core processor and a 5-inch display. It has a number of great features, including a high-resolution screen and excellent battery life.

The Sony Tablet P is similar in design to the Nintendo 3DS and the Kyocera Echo. It has two displays and a hinge in the middle, like the Nintendo DS. It also has a dual-camera system and runs Android 3.2. It also supports data connectivity through AT&T’s HSPA+ network.

Another feature of the Sony Xperia Tablet P is its hinge-based design, allowing you to fold it like a clamshell. When folded, the device looks like a large eyeglass case, and it fits into most large pockets. The hinge is also very strong, preventing the tablet from falling over when opened.

While the Tablet P’s dual-screen display is great for video, it has some shortcomings. Most apps are unable to be played full-screen due to the aspect ratio, requiring you to switch to the single screen. In addition, most apps are not compatible with the new, wider screen format. Thankfully, the software on the Tablet P has been tweaked to make the dual screen work better.

The Tablet P has a clamshell design and a dual 5.5-inch screen with 1024×480 resolution. The screen also has a TruBlack display technology, which ensures rich dark colors. It has a storage capacity of 4GB and can be expanded with a microSD card.

The Sony Tablet P is not a good choice for everyone. It has a number of drawbacks, such as a lack of remote control and a mono speaker. In general, it’s a solid tablet but you may not be able to get the most out of it. It is not the best choice for people who are looking for a tablet for watching TV shows or movies.

First, it’s important to make a backup of your data and settings. If all else fails, you can reset your tablet to its factory settings. This will wipe all content on the device, so it’s important to backup all of your data first. Once you’ve done that, you can start afresh by restarting the tablet. To reset the Tablet P, access the settings menu and scroll down to the “System” section.

Afterwards, connect the tablet to your PC. Once the process has completed, the tablet will be restarted and it’ll be rooted. You’ll need to install a rooting application called SuperUser. This application lets you root Android. It has several advantages, including an updated Android system.

Next, you’ll need to unlock your Sony Xperia Tablet P 3G with a Google account. You can also unlock it by answering security questions.

The Sony Xperia Z4 tablet is an Android touchscreen tablet from Sony Mobile. It features a 10.1-inch 2560 x 1600 screen. It is also water and dust-proof (IP65/IP68). It is a great tablet for those who travel a lot or need a rugged tablet to take to the beach.

The Z4 Tablet has an attractive angular design and is very easy to hold one-handed. Although it doesn’t have Gorilla Glass, its screen is scratch-resistant. Nevertheless, it may be worth purchasing a screen protector to protect the screen. The tablet is powered by Qualcomm’s latest top-of-the-range processor, the Snapdragon 810, and it has 32GB of internal storage and a microSD card slot.

The battery life on the Sony Xperia Z4 Tablet is impressive. It can last for more than six hours of video playback. It also supports up to 4G LTE and supports a theoretical transfer rate of up to 867 Mbps. The battery is also waterproof, and the tablet is IP68-certified, meaning it can withstand a 1.5-meter depth of water.

The Sony Xperia Z4 Tablet is a solid choice for the average tablet buyer. It has a powerful and efficient SoC (System on Chip), which is the fastest available in the market. Its four high-performance Cortex A57 and four frugal Cortex A53 cores operate at up to 1.5GHz. Its virtual keyboard has a Sony layout, and it recognizes up to ten inputs simultaneously.

The Z4 has the same hardware as the Sony Z2 tablet, but it has some important differences. The Z4 is thinner and lighter, and it is also waterproof. The screen is bright and has a high contrast ratio. The microSD and SIM card are hidden behind a flap.

The Sony Xperia Z4 Tablet is a fantastic choice for anyone who wants a tablet that has a bright and vivid screen. The resolution on the screen is also impressive, with a 299 ppi pixel density. This makes the Sony Xperia Z4 tablet ideal for many uses.

The Sony Xperia Z4 tablet is equipped with built-in stereo speakers that deliver a clear sound. This tablet has a reduced distortion digital noise cancelling feature, which minimizes exterior noise by up to 98%. It also has surround sound effects and manual equalizer controls.

The Sony Xperia Z4 tablet has a large 10.1-inch QHD display. It is IP68-certified and comes with a 32GB internal memory. It has an 8-megapixel main camera and a five-megapixel front camera. It also supports LTE. It is powered by a 6000mAh battery.

Although the Z4 tablet is equipped with a powerful octa-core Qualcomm Snapdragon 810 processor, it suffers from a few problems with overheating. The device gets hot when used, but quickly cools down. As a result, the Z4 Tablet isn’t the fastest Android device. However, it is faster than the Samsung Galaxy Tab S.