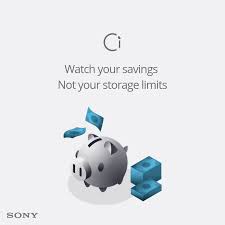 Sony CI offers a comprehensive suite of features for composing, integrating, and distributing media files in post-production. In addition, you can organize, enrich, and approve media files with partners and teams. This includes the ability to make roughcuts from within the program, automatically transcode 4K HDR footage, and integrate with Teradek 4K encoding solutions.

Organize, enrich, approve, and distribute your media files with teams and partners

Ci can streamline your operations and remove file silos to simplify media management and workflows. Its comprehensive support for the full range of professional file formats makes it easy to manage and approve any type of media. Ci also eliminates the need to use separate platforms for editing and publishing different types of media.

Sony MCS has a variety of tools to help video professionals create project roughcuts. It can help you combine clips from various sources and export preview files, as well as collaborate with others. In addition, MCS supports watermarking, ensuring that your work remains protected.

Sony MCS has paid plans that give you more features and functionality. However, free plans may have limitations, such as limited storage space. If you pay for a paid plan, you will gain access to additional storage and functionalities. Also, Sony MCS is not required to support any of your previous versions.

If you purchase an annual plan, you can get a discounted subscription. This is an excellent deal because you’ll get more value out of your subscription. You’ll receive access to special features, such as project roughcuts, that are available only to MCS customers. You can also save your hard work on the cloud and share it with other Sony MCS users.

To use Sony MCS, you’ll need to agree to the terms and conditions set forth on this page. Please check them regularly to ensure compliance with the terms and conditions. There may be changes to the Terms of Service. Sony MCS does not accept any liability for damages that result from your use of its products. It also doesn’t cover losses incurred due to downtime, time, or data.

Sony Ci is a cloud-based video capture service that can automatically transcode 4K HDR footage. The service can be used for backup, review, and post-production workflows. Sony has partnered with Teradek to provide native integration between Ci and its 4K HDR encoders. The new integration will allow users to upload 4K HDR footage from their cameras directly to Ci. This will allow for streamlined on-set configuration and rapid file transfer.

Ci is compatible with the newest camera models from Sony, including the HDC-F5500, which has a built-in Super 35 mm 4K CMOS global shutter sensor. It also supports the new SMPTE ST 2110 and AMWA NMOS standards. It is also compatible with Sony’s SR Live for HDR workflow, which is ideal for productions that are not using color correction.

Ci provides a cloud-based solution for content acquisition, review, and transformation, and streamlines post-production workflows. Its unique portals allow users to integrate different teams and collaborate in real-time. The service also offers high-speed file transfers, automated transcoding, QC, and logging. Since it launched in 2013, Ci has been used in more than 160 countries.

Ci has a powerful integrated transcoding engine designed for film, broadcast, and web applications. It processes files in high and low-resolution formats, including 4K, and it can even convert files on the fly. By eliminating the need for a separate server or expensive equipment, Ci can help save time and money for filmmakers.

The Ci platform aims to unify disparate systems for larger companies. It includes the Ci Catalog, which streamlines asset management. It also includes a media analytics portal, which supports speech-to-text and object recognition. It also integrates with XDCAM air and Media Backbone NavigatorX to simplify and automate media processes.

The Teradek Serv 4K integrates with Sony’s Ci via a unique 8-digit code. It offers a local iPad client monitoring solution and is compatible with cameras with a V-mount or Gold mount. It also includes point-to-point decoding and live streaming. It will be available in the second half of 2022.

When it comes to cloud storage, Sony Ci offers some great benefits for the money. It lets you store RAW footage securely and makes it instantly viewable for collaboration. This means that you won’t have to worry about uploading your files, and that you’ll be able to work more quickly and efficiently on them. It also makes managing cloud storage costs simple. This cloud storage solution leverages Sony’s trash and archive policy, which automatically moves content to the best available storage tier.

Sony has a long history with Sony technology, and Bob Sharp, director of engineering for DeSales, visited the company’s booth at the NAB Show and described the use of Ci to create collaborative and cloud archives. He also explained that DeSales plans to update their production facility in Brooklyn, using a new fleet of Sony cameras and connecting them to Ci.

One of the advantages of Ci is that it supports Sony’s X-OCN format, which enables you to reduce the file size without sacrificing image quality. Many popular Sony cameras support this format, and it was originally developed to facilitate 4K and HDR production workflows. It is also compatible with SD and XAVC video formats.

There are two types of subscription plans. The Pro plan is for individual creatives, and the Solo plan is for teams. Prices range from $10 to $25 per month, depending on the amount of storage you need. You can also get a free five-gigabyte account. However, this plan is a bit pricey compared to Adobe Creative Cloud. It costs less than half as much as the 25GB Adobe Creative Cloud subscription.